Once there was an old man and a young boy, his grandson. The two set out on a journey to a far away village where a relative lived. They brought along with them a horse. The moral of the story is something very familiar to us. 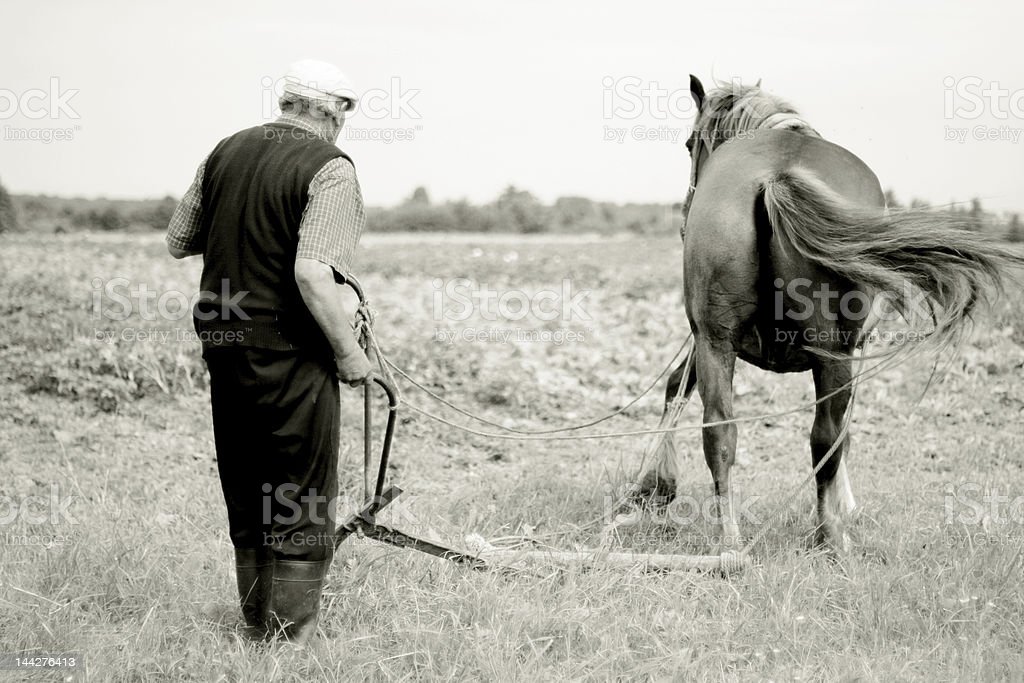 Once there was an old man and a young boy, his grandson. The two set out on a journey to a far away village where a relative lived. They brought along with them a horse.

Because they had some luggage with them, the young boy rode the horse while the old man walked on foot. On their way, the people who saw them on the road exclaimed, “What a shameless boy! He is the one riding the horse instead of the old man!”

The young boy was embarrassed, so after a short while the young boy got down from the horse and let his grandfather ride the horse while he walked on foot.

When the people the two met along the way saw this scene, they exclaimed, “What an inconsiderate old man! He is the one riding the horse instead of the young boy!”

The old man became awkward after hearing this remark so he too got down from the horse and walked side by side with his grandson.

Along the way, the people who saw the two walking with the horse without a rider, remarked, “What stupid people! They have a horse but they are not riding it!”

So after a while, the old man and the young boy both rode the horse. Then when people they met along the way saw them, they commented, “What cruel people! Don’t they see the hardship of the horse?”

Does this situation seem familiar? Have you experienced situations when what ever you do, there are people who ridicule you or backbite you?

I personally experienced a similar predicament. Years ago, I organized a small choir in our office to sing during monthly Masses. A priest would come over every First Friday or Wednesday usually at noon break to officiate the worship. I am not a singer nor a musically talented person but I organized the choir to help the attendees enter the spirit of worship. During the first few months, things were fine. But in succeeding months, some would tell me, “Can you introduce new songs? It gets monotonous singing same song month after month”.

So in the months that followed, I introduced one to two new songs. Then after the Mass, some attendees complained me, “We do not know the songs. We could not participate well in the singing.”

To remedy the situation, a day before the Mass, I would invite the staff to a short practice so that during the Mass, they are no longer unfamiliar to the songs. Sad to say, the people never bothered to attend the practice.

After some time of hearing the unsatisfied remarks month after month, I decided to quit the choir. When the mass came, the songs were all impromptu. It turned out that the celebration of the mass lacked life. People complained as well.

Then I retrospected. Who do I want to please? The people or the Lord? When I walked out from the Mass, did it do good? With that realization, I returned to serving the Lord in the monthly mass and introduced some improvement like using a projector so every body can see the lyrics of songs. When some people still had some adverse remarks, I decided not to be bothered and I was at peace then.

Jesus experienced the same situation. In Luke 7:33 we can read:

For John the Baptist came neither eating bread nor drinking wine, and you say, ‘He has a demon!’ The Son of Man came eating and drinking, and you say, ‘Look at this glutton and drunkard, a friend of tax collectors and of sinners!’…

Did Jesus listen to their criticism?

No, Jesus did not allow himself to be distracted in His mission. He went on with his mission and obeyed the Father’s will. If he kept listening and conformed to what the critics wanted, he could not have achieved our salvation.

We cannot please everybody. That is a given.

Therefore, do not be ashamed to do what is good even if you hear criticisms. If you keep on listening to what people will say, you cannot accomplish your purpose in life. You cannot be truly happy either.

Accept who you are and your limitations. Do your best and leave the rest to God. Always remember God loves you and has a role for you in this world whatever are your limitations. Can the human body function if all the parts were head? Or were all feet? Big or small,you have something to contribute to your family, friends, workplace and communities to make the Kingdom of God grow in this world.

Jesus, grant me the grace to withstand distractions and criticisms and follow what is right and good. Guide me with your example and help me to stand firm in your Name. Grant me the grace to accomplish your purposes in my life. Help me to contribute in building your kingdom here on earth so that someday we may all share your Glory in your heavenly Kingdom.